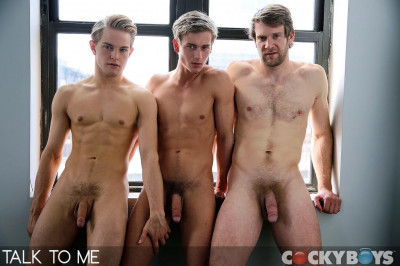 Talk to Me is the fifth film in our Porn Haus Film Fest, and it features superstar Kevin Warhol. I wanted to start by saying thank you to my friends at for making this film possible. George Duroy was very gracious in trusting and allowing me to shoot Kevin. While Kevin is no stranger to shooting, it has always been within the tight knit family. So this was an adventure for both of us. I was just as nervous to shoot Kevin as he was– in fact, when he showed up on set the first day he showed me his fingernails that he’d had practically chewed into nothing. But as soon as we started rolling we both had a blast! He’s a natural performer, loves to flirt with the camera, and he has an energy and style that kept everyone laughing, smiling, AND HARD! I could not be more grateful for the opportunity! So a big thank you to everyone at — Kevin, George, Stuart, Allan, and Davyd for making this happen.
Talk to Me is quite simply my ode to one of my favorite things– talking and flirting during sex. I like dirty sex talk, but what I’ve always loved is sexy exploratory conversation during sex– talking about fantasies, exploits, desires and wants. Communication during sex has the power to unlock and enhance feeling beyond just the physical, and in doing so you can create a perfect storm of sexual delight in both body and mind.
Hope you all enjoy Talk To Me! 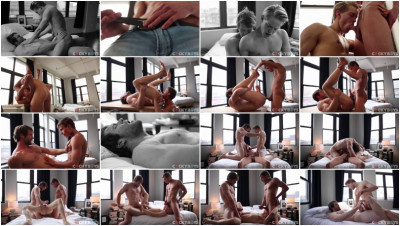