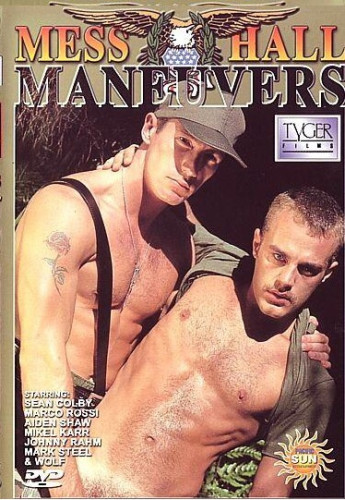 A cumload dumped in the grunts’ soup and a big orgy are the highlights in the occasionally funny military-themed Mess Hall Maneuvers. They say that "comedy ain’t pretty," but judging from the line-up here you’d never know that. Basic premise has military dudes skulking about their base camp, and fucking and sucking away. There’s some off the wall humor here as well (slapstick… or slapping the stick, if you will) that works sometimes, and annoys at others. The opening jack-off into the soup is hilariously nasty.
The video’s best scenes are saved for last: a foreskin-laden scenario with cover models Wolff and Aiden Shaw, and a group fuck that is a little hard to see at first (camerwork is too close) but ends up satisfying. Marco Rossi is his wooden-yet-chiseled self, and the rest of cast get off some great loads. Not great, but uniform lovers will get off and probably dig it. 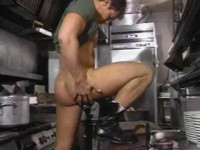 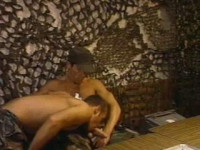 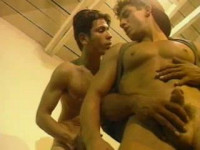 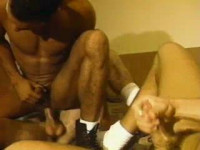 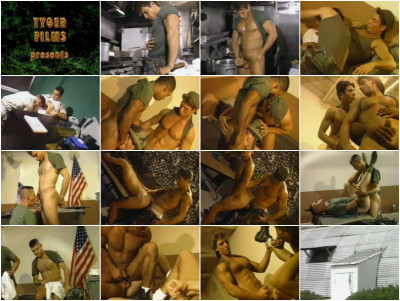