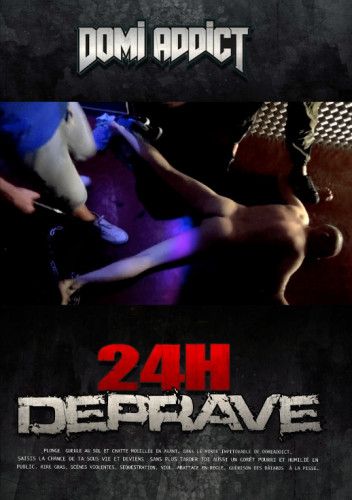 Humiliation, perversion and total submission. There is no turning back for the cute guy who responded to DomiAddict’s add. His buddy Enzo is assisting him to turn their new recruit into their little piggy!
Summoned to Domiaddict’s flat to urgently service him and his friend Enzo, the sex-slave gets pounded from both ends. He gets to work quickly hoping not to piss them off. If he’s good enough he’ll get to come back again some other time!

In the third scene, a gang of thugs hunt a young dude and make him submit. The perverts strip him naked and place him in a ditch to piss on him. The poor boy’s humiliation triggers their laughter! At the end of the scene, a special interview…Don’t miss this!

In the last scene, a true cock-sucker answers an add for a gang-bang and is recruited to service a few studs. Five cocks ready to fuck and stretch his holes! The slut gets fucked right, left and centre… The gang soon realise that there is an impostor among them… Another slut who doesn’t deserve the title of top! His ass gets !!! 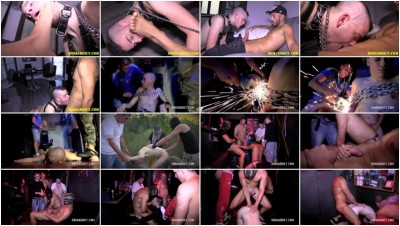