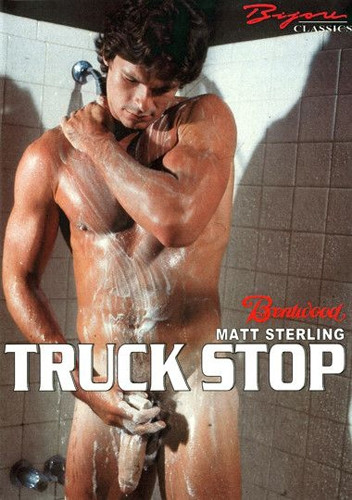 Brentwood Classics Vintage Loops.
1. Truck Stop (Brentwood) – 1975
Rod (bw), Joe (bw)
Rod and Joe, two truck driving black studs, stop into a western truck stop when they’re served by a horny young cowboy. Super hung a Rod senses the cowboy’s hungry look toward his bulging cock. The two black studs grope each other and Rod releases his giant swollen prick from the restraints of his bursting Levi’s. When the cowboy sees Rod’s enormous size, he hurdles the counter to watch the huge ebony cock pound Joe’s thirsty mouth. He ships out his own hard white prick and runs his wet tongue over the chocolate-colored chest, stomach and ass- down to Rod’s enormous hard black cock and balls.’ The horny cowboy takes the giant black tool up his tight pink fuckhole and as he’s pounded mercilessly from both front and rear, he groans in painful pleasure. The sweaty sucking, fucking rimming and slapping action continues heavy and wild until all three can’t hold back their boiling loads any longer and blast each other with their hot heavy cum.
2. Eric (Brentwood) – 1975
Eric (Ernie Langeberg) solo
Who else but Brentwood could bring you an outstanding young athlete like Eric. The fact that he’s a one in a million discovery is excitingly clear as he moves his sleek muscular body around the basketball court. During practice he proudly displays his fantastic athletic ability. With trickles of sweat glistening over his classic All American face, powerful chest, and down the ripples of his stomach, He’s the perfect male for any sexual dream or fantasy. Yet Eric is very real and he teases no more as he relaxes in the locker room, pulling off his sneakers, sock and shorts, freeing his beautiful cock and balls into his big strong hands. You’ll share Eric’s pleasure as his hands and imagination fed the passion in his proud thick cock. As he moves into the shower, he lubricates his incredible body and hard prick with the slippery wet mixture of warm water, soap, steam and sweat. Sensual warmth becomes explosive heat as Eric fills the sauna with the manly scent of cum.
3. Poolroom Threeway – 1975
Major (bw) OrAtRr, Tom (bw) OgAbRg, Dan (bw) OrAtRr
Major and his buddy Tom get into a different poolroom game than they’d ever played before. Dan overhears them talking about being horny and not getting any action and suggest a good blow job. They agree it would be a new kick and they both shove their hot young cocks in his face. As he takes both their big pricks all the way down his throat, Major and Tom tell him that they’ve never had suck a good blow job and the three of them turn on with all the throbbing excitement of a new experience, getting hotter and hotter, they crave a new kick and want to try screwing another guy in the ass. They take turns plowing Dan’s quivering cheeks and as Major rams his huge hot prick into his stretched hole, Dan cries out begging for more. Major and Tom shout that they’re going to shoot and as they cover the pool table with their thick creamy load, Dan spurts high with the excitement of having had it all from two trade type young studs.
4. Gary Boyd & Mike Savage – 1976
Gary Boyd OrAtRr, Mike Savage OgAbRg
Because you asked for it, we got the two biggest stars together for the first time ever in a fantastic new film sure to be a collector’s item. Both Mike and Gary have countless loyal fans and it was anyone’s guess what might happen. Both of these super hung masculine studs get off in the dominating role but Gary’s gigantic marine cock turns Mike on for a new kick.
5. The Biggest I’ve Ever Had – 1975
Gary Boyd OrAtRr, Dino (bw) OgAbRg
Superhung Marine stud Gary Boyd is bigger than ever as he comes to further enjoy the sensual warmth of a tight moist asshole. His tremendous cock expands to unbelievable proportions as it fills Dino’s prick hungry mouth and throat. Seeing that enormous piece of meat approach a pair of lips or buttons will convince you that no one would possibly take it all. You’ll find your heart pounding at the cock raising slight of Gary driving it all deep into Dino’s choked throat and fully stretched asshole. As Gary watches his massive twelve inches plunge in and out, he shoots his hot heavy load flowing over Dino’s tender ass. Dino feasts on the biggest cock he’s ever screen and counters his own stomach with the white liquid burst of a rare sexual pleasure. 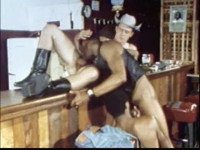 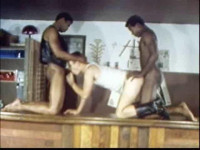 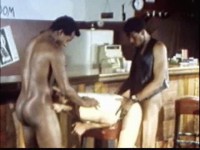 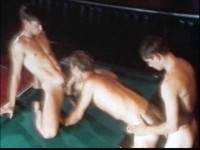 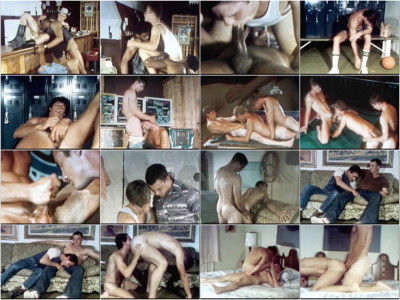