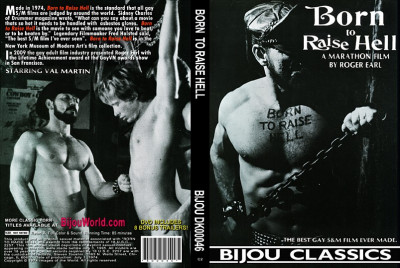 Born to Raise Hell is the standard that all gay S/M films are judge by around the world. The cast is introduced not by the conventional credit lines, but by their names tattooed on various parts of their bodies. The S/M is authentic, whipping, pissing, beating, shaving, bondage, groveling, abused asses, the men are very masculine, very real. Yes there are hard-ons but as S/M devotes will attest, it’s the scene not the sex that counts.

Filmed in 1974 Sidney Charles of Drummer magazine wrote "What can you say about a movie that’s so hot it needs to be handled with asbestos gloves". and "Born to Raise Hell is the movie to see with someone you love to beat, or be beaten by." Legendary filmmaker Fred Halsted said, "The best S/M film I’ve ever seen". Born to Raise Hell is in the New York’s Museum of Modern Arts film collection.

Roger Earl discovered and cast Val Martin in the lead in this incredible S/M film. Born to Raise Hell brought Val Martin international prominence in gay leather communities around the world. In 1980 Val was 2nd runner up in the International Mr Leather contest. In 2009 the Gay Adult Film Industry presented Roger Earl with the Life Time Achievement award at the GayVN awards show in S.F. 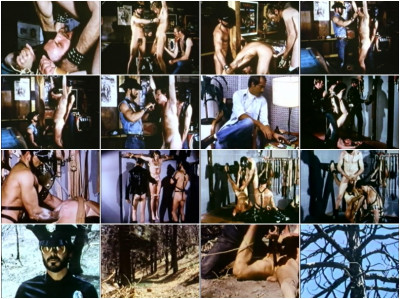